When the County was first organized in 1856, Congress granted the State a tract of land to be held in trust for the purpose of building a transcontinental railroad line. After the Civi War, the building of the line began and in the fall of 1867 trains entered Council Bluffs via the Chicago and North Western Railroad.

When the North Western railroad went through Arcadia in 1867, it established a switch station east of Arcadia called it East Side, a station at Arcadia called Tip Top, and a station at Westside.
The railway company had named the station Tip Top, but no station house had been built. The grade of the road was steep on both sides, especially on the west. For this reason a side track was necessary so that freight trains could be cut in two. The engine would take up part of the load to the side track and back down for the other part. This was a common practice for many years until more powerful locomotives made it rare.

Arcadia's exact location in Carroll County is section 16, township 84, range 36. Its lands are among the highest in the state at 1,429 feet above sea level, which is the reason for the town's original name of Tip-Top

Issac Newton Voris is considered the founder of Arcadia. He was born in New York in 1830 and spent several years in Illinois . In 1851, he went to California, where he built and operated a sawmill and grist mill. He then returned to New York and was married on New Year's Day of 1861 and again returned to California. In 1870 he returned with his family to New York on the new Chicago and North Western Railway.

As Mr. Voris was passing through western Iowa for the first time, he was greatly impressed by the beauty and apparent fertility of the rolling prairie. He returned in February of 1871 and invested all of his savings from his California business in the Arcadia land. He bought 4,000 acres of land in and around Tip Top. He platted out the township in June 1871 and called it Arcadia. Mr. Voris then convinced the railroad to change the name from Tip Top to Arcadia. 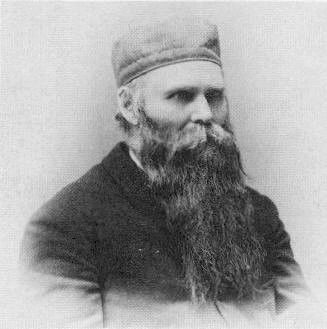